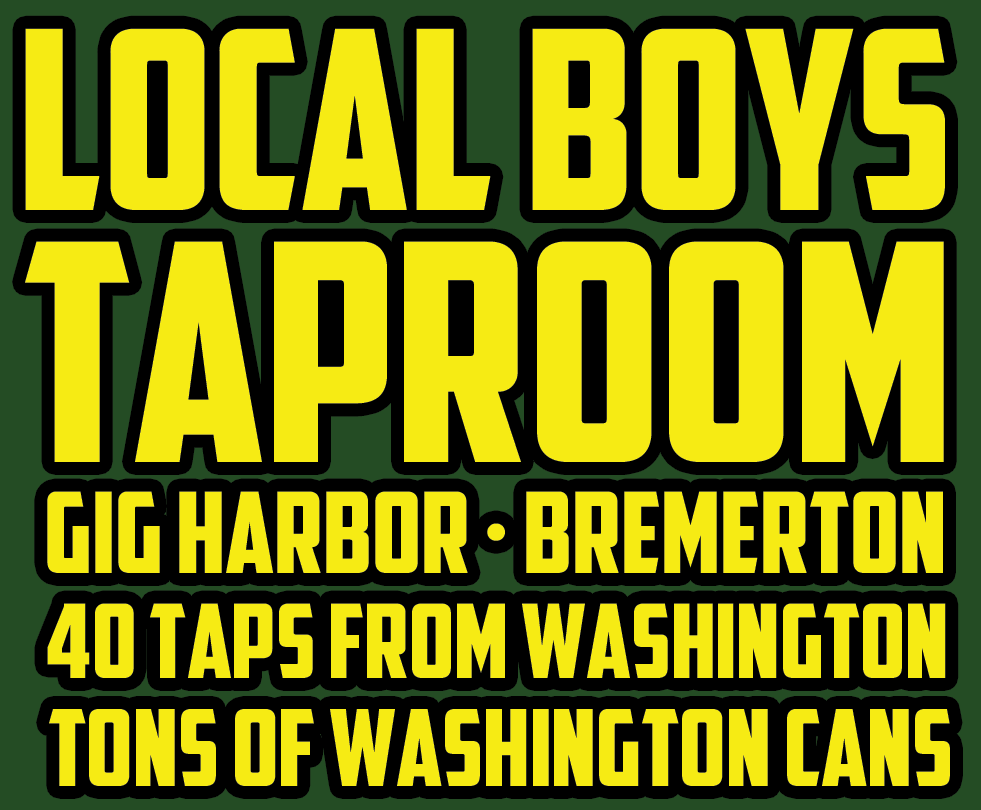 During the apocalypse... we are still open for growlers and cans and bottles (and we have thousands...) Our taplist is updated in real time on the first pinned post of our facebook pages. We're bleaching everything, often. We're limiting the number of people inside at any time. If you'd like to call ahead, we can put it together and bring it outside if you don't feel comfortable coming in. We can even pick out your six packs for you.

The latest mandate is that we can sell alcohol until 11pm. That means that 11:01pm we can NOT sell you a pint or a bottle or a six pack or a growler. Don't even ask. We won't do it.


Bremerton Hours:
1pm - 9pm Every Day
We might stay open until 10pm if people are here.

No inside consumption until the governor says we can.
We've got a great outdoor beer garden in both locations.